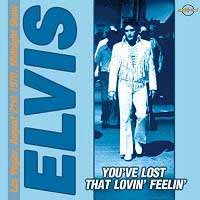 Out now is the first CD from the Audionics label and at first glance a very nice one. The artwork is sober but overall quite nice, and certainly above average when compared to certain releases we've got lately from audience recordings.The booklet contains a text from the person who recorded the show and then liner notes from the producers.

Several years ago someone else released "Double Dynamite" which contained both shows of August 19th 1970.Those two shows were also recorded by the same person but the end results aren't the same at all. The former CD sounded good but no improvement has been done on it and in the end sounded a bit thin, no dynamics and a very flat sound. We've got several shows by BMG/FTD from this period since July 2000 and for this reason a bit reluctant to play it as this is very hard of not comparing. Of course I knew right from the beginning that one must listen to audience recordings with different "ears" so-to-speak, and had indeed to change them before playing the CD. How convenient it could be some times to change body parts???!!!!This new outing (You've Lost That Lovin' Feelin') is definitely better than "Double Dynamite" and more care has been done for enhancing the overall quality without destroying the recording itself.

The show itself is rather long when compared to many others from August 1970 and highly energetic as most shows for this Vegas Season, and seems to be complete as well. I won't go into details of every songs he did that night but some of my highlights would be : I've Lost You, I Just Can't Help Believin', Crying Time (although rather short when compared to another version he did in August 1973 or during the rehearsals of July '70), One Night (it sounds like all the versions performed during August 1970 were a bit different and yet always as good as the previous versions),Blue Suede Shoes/Whole Lotta Shakin' Goin' On/Blue Suede Shoes (wished that MGM got one of these) and Bridge Over Troubled Water (I have yet to hear a bad version of this).

The CD ends with "Oh Happy Day" from August 14th 1970 m.s. and "When The Snow Is On The Roses" of August 24th 1970 d.s. performance as bonus tracks.The former song has been released several times in the past but we can say here this is the best quality we've heard of this track,not that far from his first release on the "Command Performances" LP but at the right speed when compared to the LP.Indeed the version on the LP was a bit too fast.The latter song has been recently released by BMG on the excellent "Live In Las Vegas" box-set and quality is quite similar to my new set of ears.

Now back with my original body parts I can say this is overall a nice product and totally dedicated to the fans who wants it all and those fanatics of live shows. This is not aimed to everyone but all the persons who can change their set of ears occasionally and enjoy a good performance by the best live performer this earth has ever seen.

Before I forget my friends, keep your new "ears" nearby as the back cover says "Look Out For Future Releases".