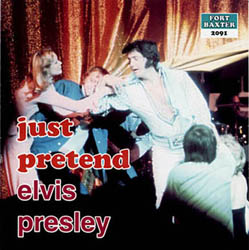 C.C. rider
I got a woman/ amen
Love me
Trying to get to you
And I love you so
All shook up
Teddy bear/ don't be cruel
You gave me a mountain
Help me make it through the night
Polk salad annie
Band introductions/ Johnny B. Goode/ Hail hail rock and roll
Just pretend
How great thou art
Burning love
Hound dog
Welcome to my world
Softly as I leave you
America
It's now or never/ o solo mio
Little darling
Little sister
Can't help falling in love
Closing vamp
(Recorded live, December 13, 1975, 10:15 PM show, Las Vegas)