The moment Elvis Presley floated down the lagoon at the Coco Palms Resort with Hawaiian flowers around his neck, serenading his new island bride in 1960s panavision technicolor, the hotel had solidified its place as one of the most desirable couples’ destinations on the planet. It would forever be the setting of the classic mid-century American film Blue Hawaii, starring Elvis Presley and the resort’s famous grounds, which included a 17-acre coconut grove (..). 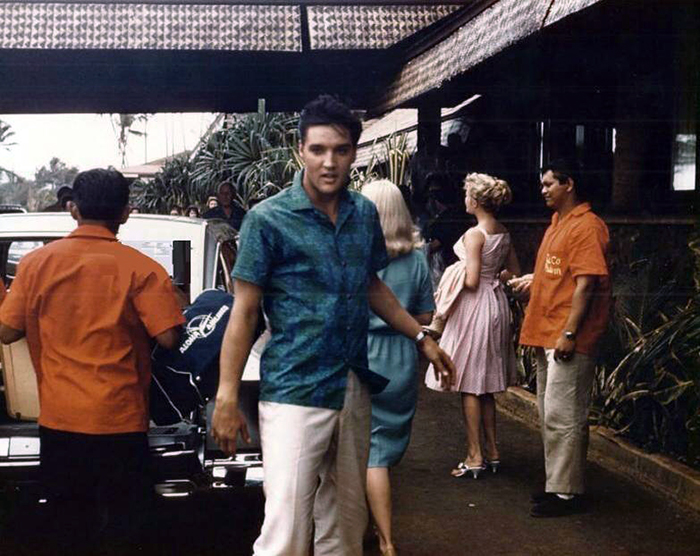 Elvis checking in to the Coco Palms


The Coco Palms Resort opened in January 1953 on Kauaʻi, Hawaii with a collection of 24 rooms, four employees and just two guest reservations on the books. But business wouldn’t take long to pick up. By the mid-1950s, Metro-Goldwyn-Mayer had already marked it as a paradise hotspot when the studio filmed Miss Sadie Thompson there, starring Rita Hayworth, and the guest list quickly began to fill up with familiar names including royalty and rock stars alike. And then came Elvis… 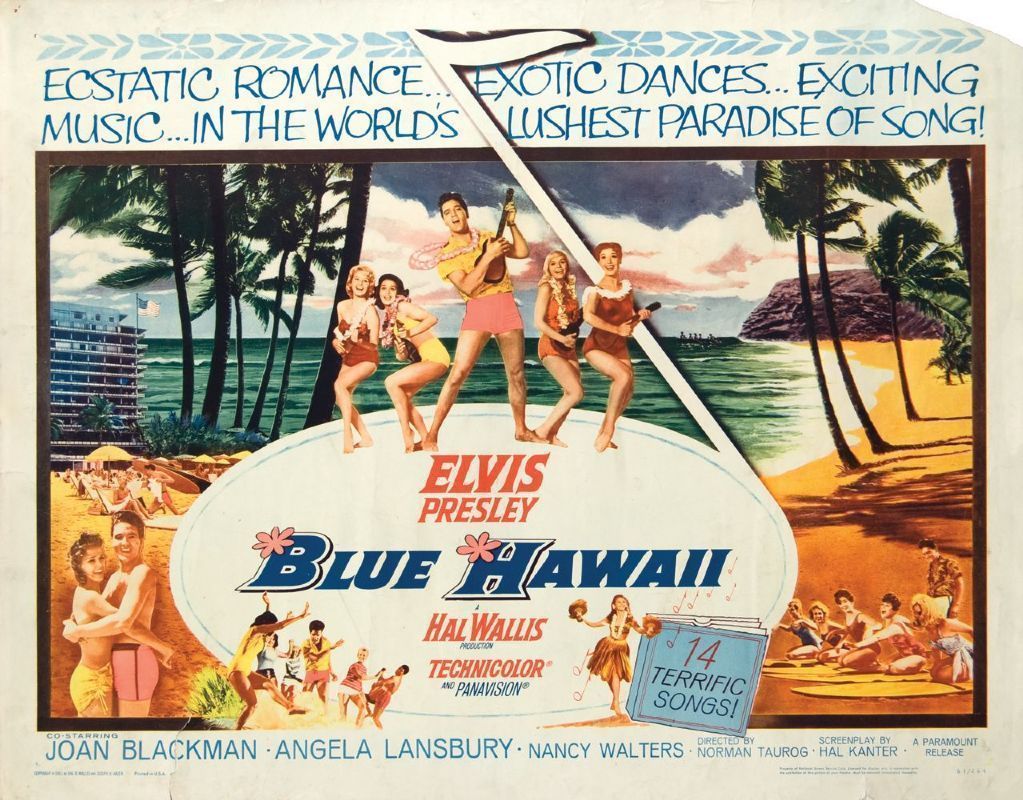 Paramount pictures scouted the Coco Palms to host the on-screen wedding of Elvis Presley and his co-star Joan Blackman for Blue Hawaii, which hit cinema screens in 1961, becoming an instant classic, along with the soundtrack which featured Elvis’s hit song, “Can’t Help Falling in Love”. Most of the last 20 minutes of the movie was shot on and near the grounds of the Coco Palms resort, where Elvis himself stayed during filming in cottage number 56, which still stands on the property today. 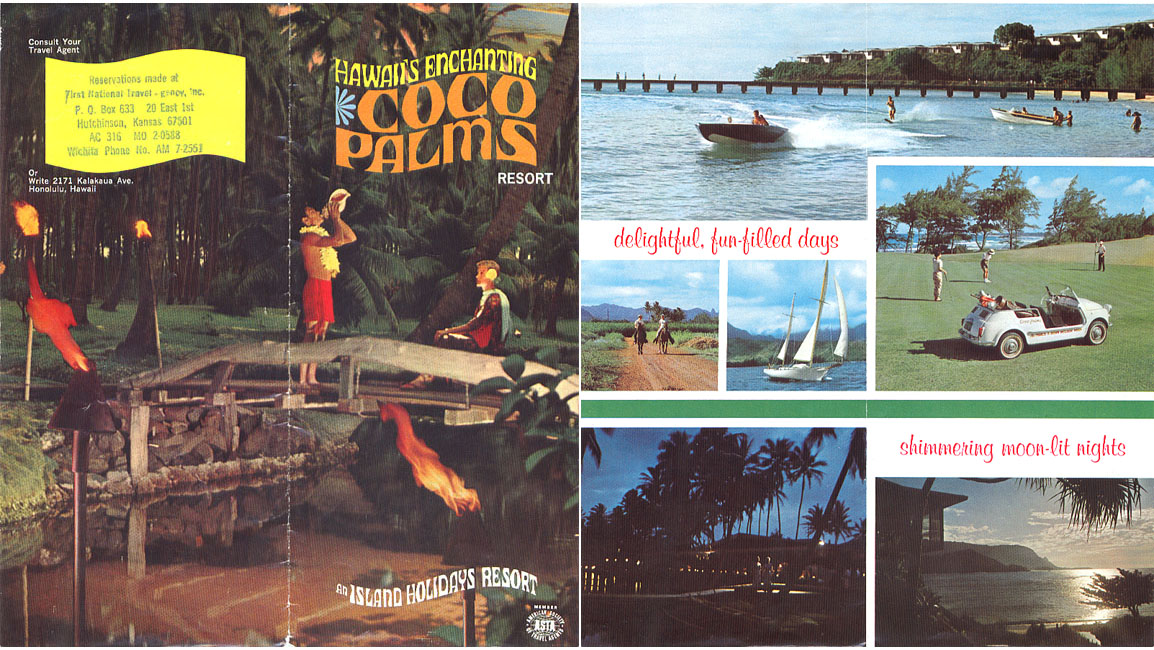 After the runaway success of the film, the hotel became the go-to vacation destination for couples, either to tie the knot, floating down the resort’s iconic lagoon and recreating the famous finale of Blue Hawaii, or for honeymooners seeking a piece of Presley’s paradise. 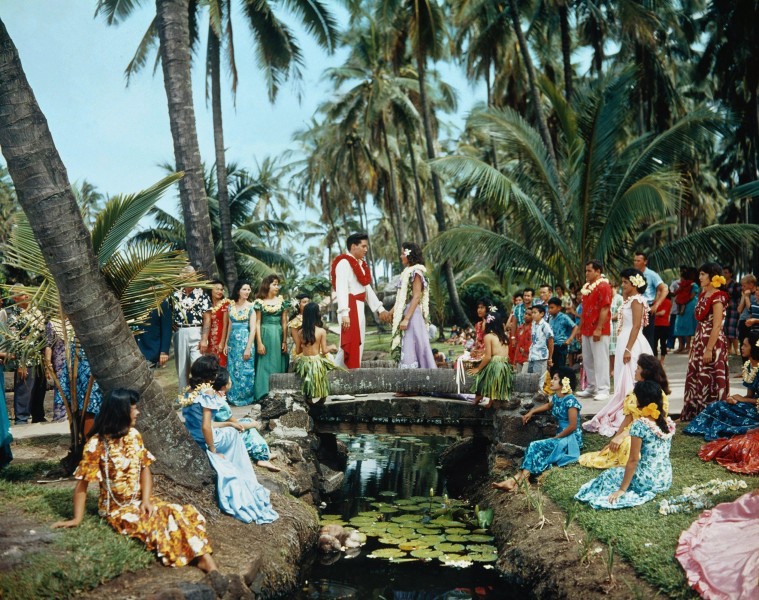 For decades, the luxury resort benefited from the film’s success, and right up until its closure, the Coco Palms was the location for a whopping 500 weddings a year on average.


Even through the economic slump of the 70s and 80s which significantly slowed down tourism for the Hawaiian islands, Coco Palms held its place as the premier resort of Kauaʻi, offering the same quality of service (and Elvis nostalgia), even after an ownership change in the 1980s. But there was one final storm the resort wouldn’t be able to weather and Presley’s legacy wouldn’t be able to save it from… 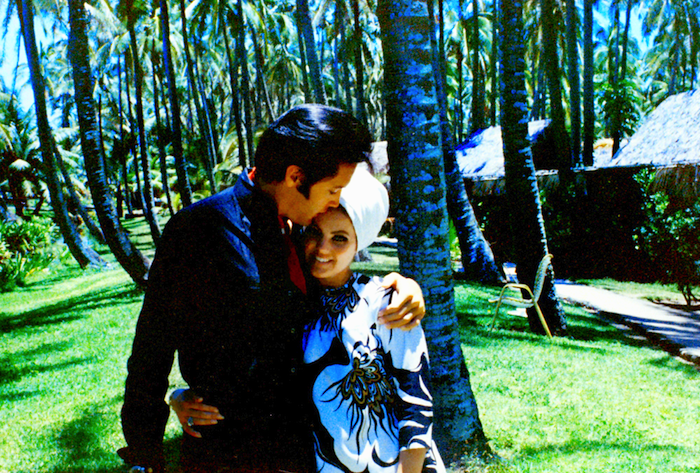 Elvis at Coco Palms with Priscilla


In 1992, hurricane Iniki hit the island. Nearly 9,000 homes were either completely destroyed or all but flattened. The damages amounted to the equivalent to $3 billion in modern day currency. The Coco Palms resort had been no exception to the storm’s wrath and the repairs needed were monumental. 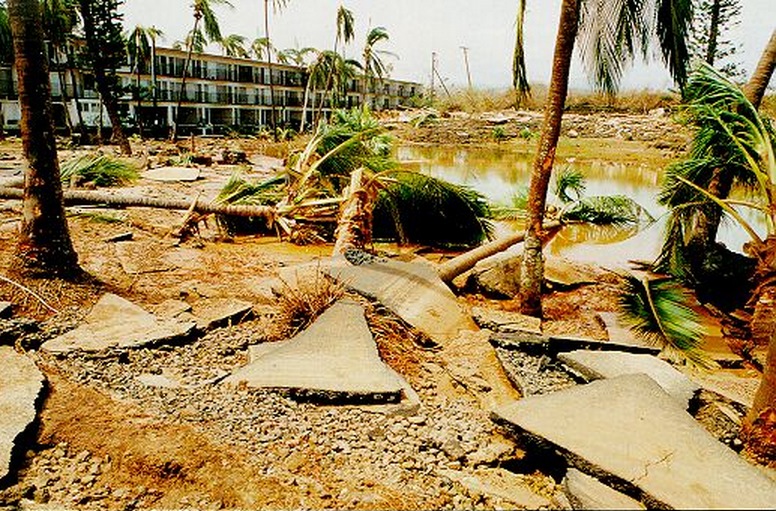 Countless insurance companies went bankrupt in the aftermath of the storm which sent the island into recession. While Coco Palms and other hotels battled in court for their much-needed repair costs, the resort remained in tatters. 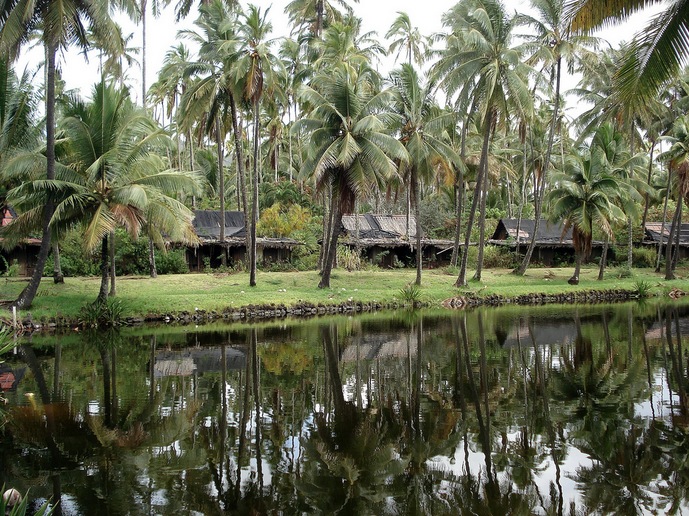 
Over the next twenty years, the Coco Palms would become an entirely different place from the paradise resort pictured in the postcards and brochures of its heyday. Tour groups visited for all the wrong reasons, curious to see the eerily decaying 1950s landmark in ruins. Announcements of redevelopments failed one after another and the false promise of new investors began to sound like a broken record player (perhaps playing an Elvis song), as the grounds continued to deteriorate and fall victim to vandalism and theft. Elvis’ cottage number 56 was regularly raided.


What's left of the bar: 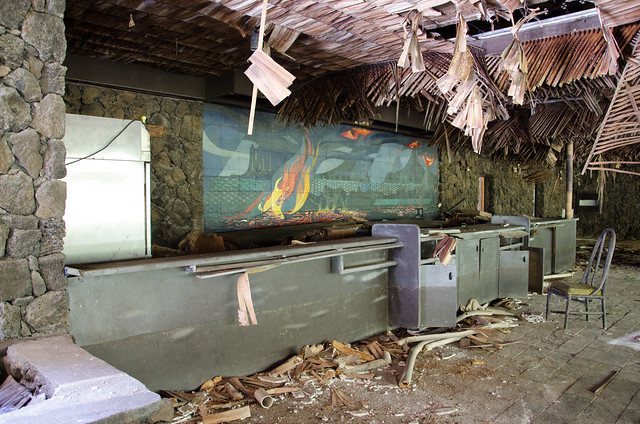 This was once the Coco Palms Resort lobby. Elvis and Priscilla at the Coco Palms dining room

The dinner menu circa 1960 that they likely would have been ordering from: 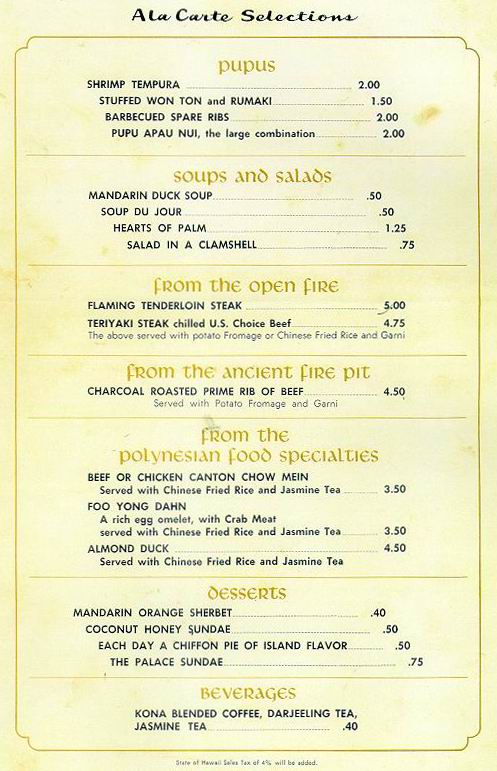 (..) One of the more promising but sadly ineffective redevelopment plans was supported by none other than South Park creator Trey Parker, whose parents had honeymooned at the resort. A part-time resident of the island, Parker gave a substantial donation to the group Friends of Coco Palms, which intended to preserve and respect the cultural heritage in their efforts to revive the iconic hotel. 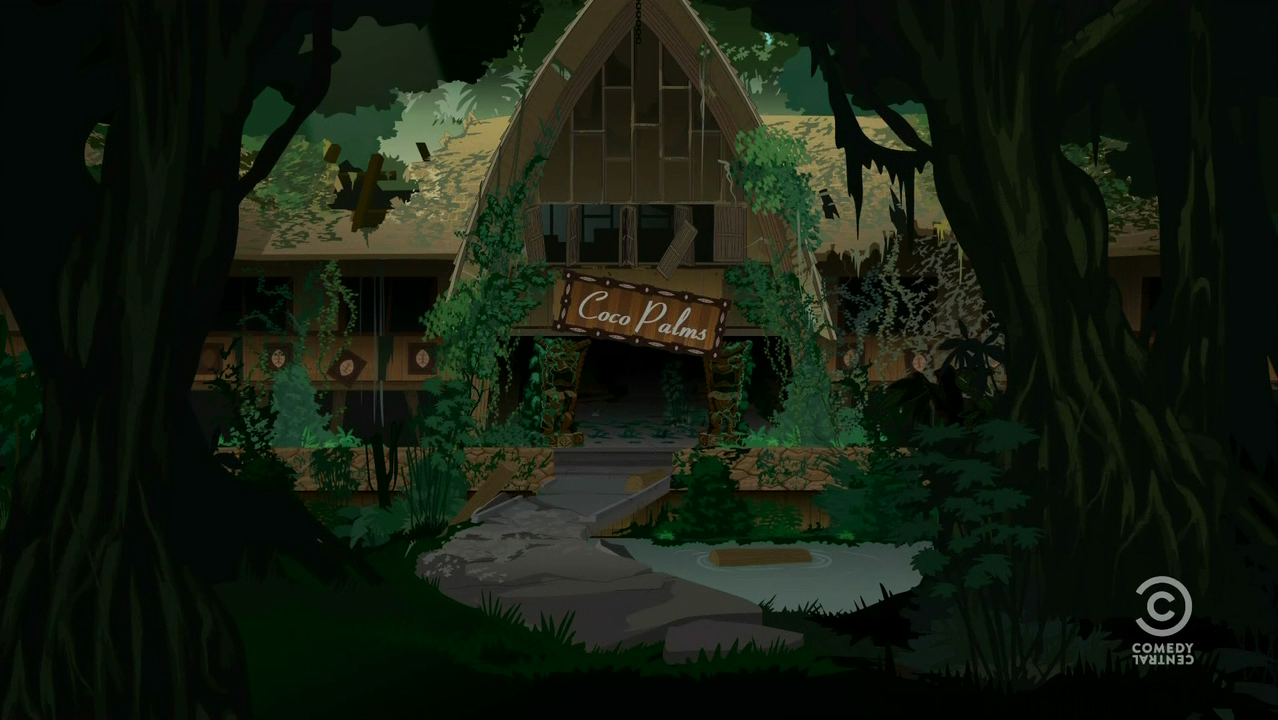 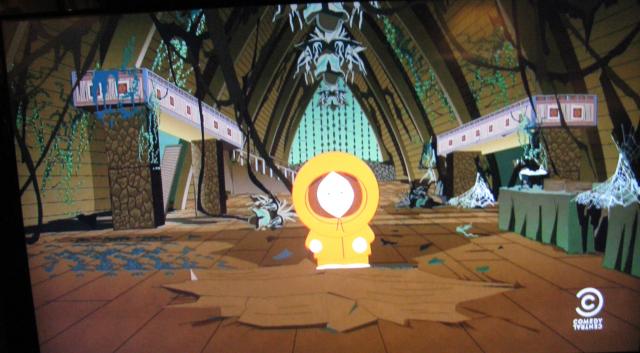 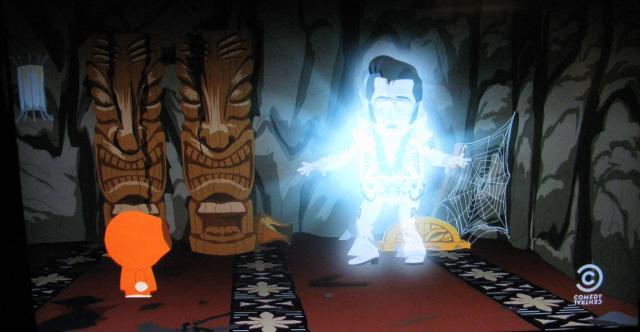 While the future of Coco Palms resort is still very uncertain, new permits are being sought out by a Honolulu-based group, Coco Palms Hui LLC, which has already taken steps to clear the debree from the property, some twenty years after Iniki. Although progress is slow, the developer intends to keep the spirit of the Coco Palms Elvis days by keeping costly modifications to a minimum.

“We hope that Coco Palms becomes the true place of aloha that it was prior to Hurricane Iniki, there’s quite a bit to do. It’s a full renovation job. We’ll be peeling the buildings back to the studs, but all the structures that exist today will stay as they are.” If Elvis isn’t hiding out somewhere in Las Vegas and is indeed in paradise, maybe he’s still in the building (or watching over it) and there’s hope for the Coco Palms yet…


As you drive though Wailua and pass the deteriorating Coco Palms Hotel, you can’t understand why this famous hotel has sat vacant since being damaged in Hurricane Iniki on September 11, 1992.

History hides in this hotel and if the remaining walls could talk, we would hear stories of rooms filled with song and laughter, places where lovers came to be married in the Coco Palms Wedding Chapel, and a gathering area where friendships developed that extended for decades.

Among the stories that could be told of former days, would be of perhaps Coco Palms most famous guest, Elvis Presley. Elvis came to Coco Palms Hotel with the Hollywood crew to film “Blue Hawaii.” 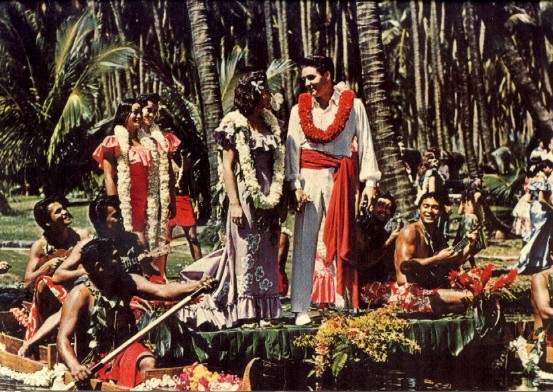 Elvis on set of Blue Hawaii movie at Coco Palms


Elvis stayed at this hotel in one of its bungalows (appropriately named the Elvis Cottage after his first stay), he ate in the dining room with other hotel guests, and even sang with Kauai’s own, Larry Rivera. It is said that Kauai was one of the few places that Elvis was able to visit and not be surrounded by bodyguards. That’s the kind of place that Kauai is. Everyone here is special, so even the Hollywood stars can get lost among Kauai’s wonderful people.

Those of us that remember Coco Palms and the wonderful days and nights spent there, still hope that the right developer will come along and return this back to a quaint Hawaiian hotel, set in the midst of Hawaii’s largest coconut grove, around the lazy lagoon where people want to gather simply because of “how this place makes you feel.” We need someone who will fill these walls with Kauai’s Aloha—whoever you are—Kauai is waiting for you!


A video tour of what's left after the destructive fire at the Coco Palms Resort on Kauai on July 4, 2014:

Elvis on and around his Tiki Paradise:


Larry Rivera talks about Elvis on Coco Palms
Published on July 4, 2013 - exactly one year before the fire
.. 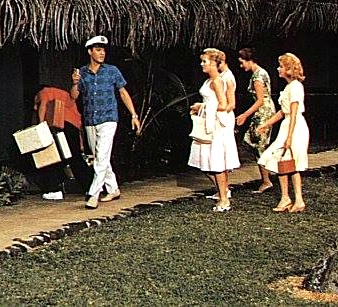 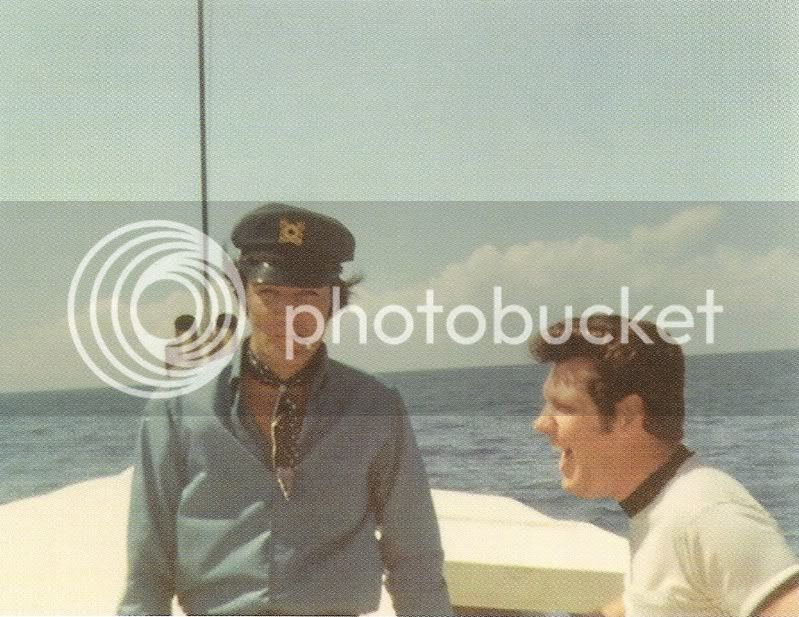 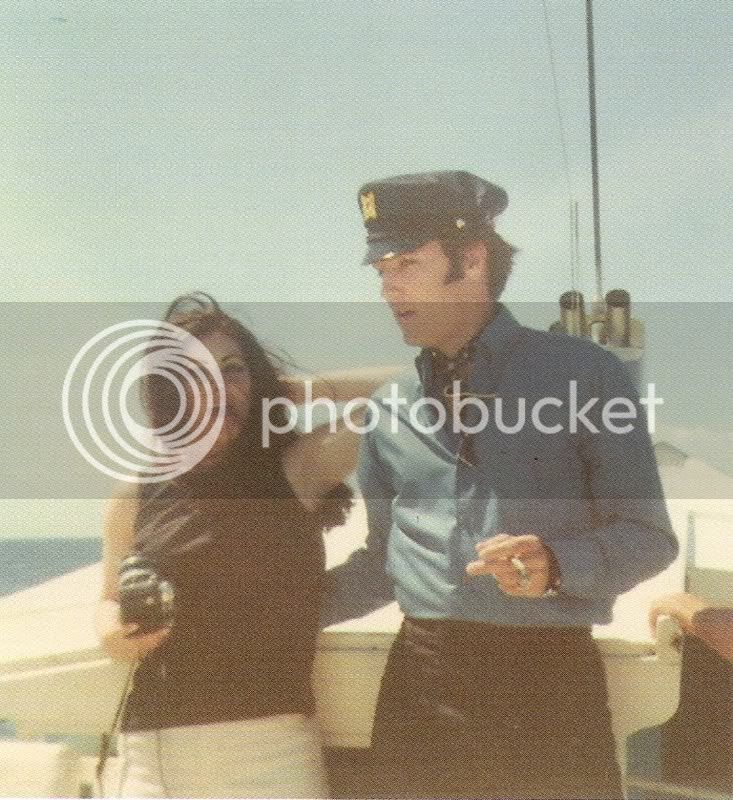 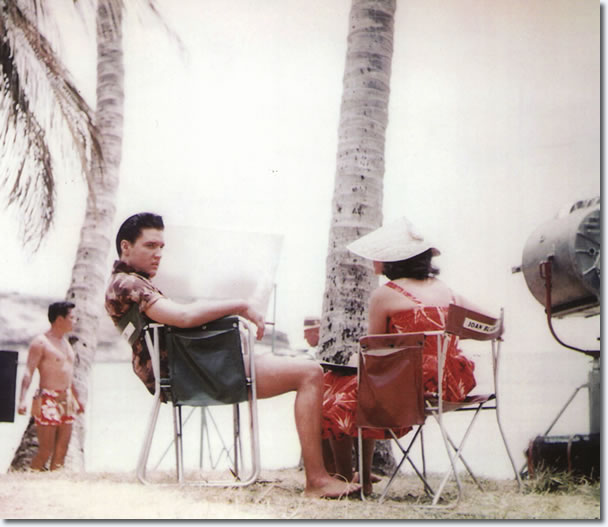 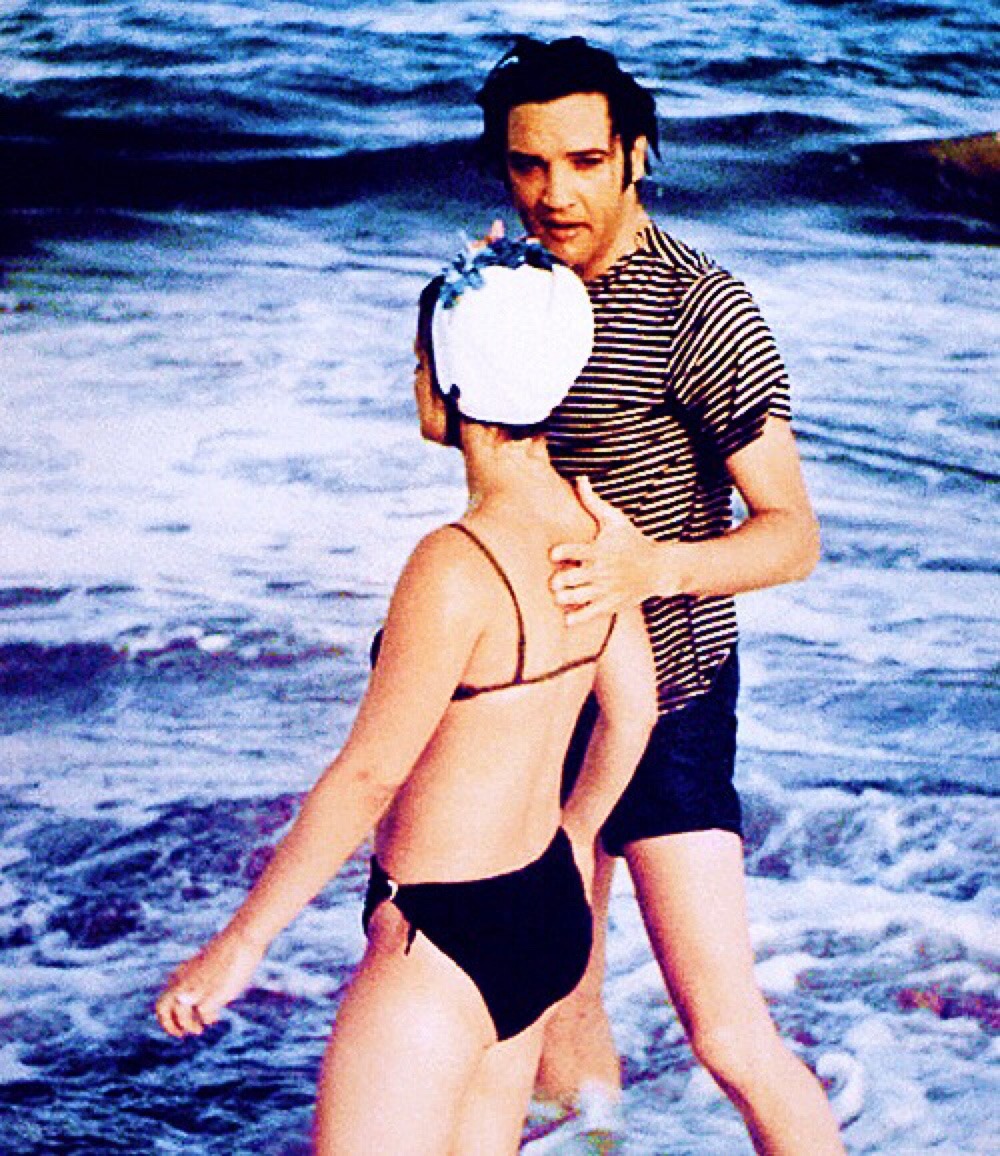 Priscilla and Elvis swimming at the Coco Palms Resort in Hawaii. May, 1968 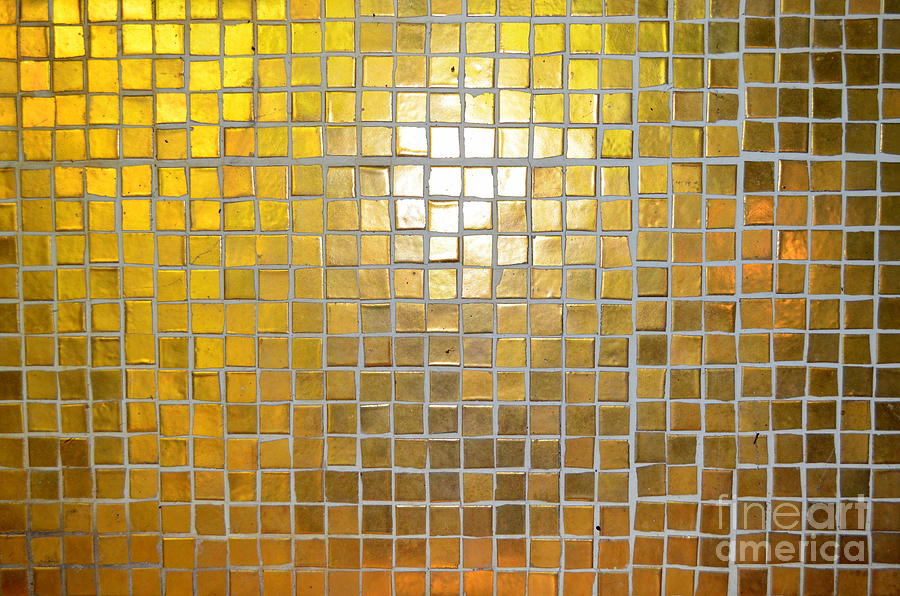 Return to “Mike From Holland Presents....”