Anything about Elvis
More than 100 Million visitors can't be wrong

. Has shared on "Phoenix" Elvis forum, an exciting original tape of Elvis singing many cool songs at 14 Goethestrasse, Bad Nauheim, Germany in April 1959

Hopefully if FTD gets the tape they can do some repairs. Bye for now

Note: For more info on the songs please check the following link here below!

I just saw that too
for the people who want a bit more info, it's the april 1959 tape which Ernst thought wasn't Elvis.
It clearly is.

An awesome find from Juan.

Truly grateful for his generous share on the Phoenix forum.

why did he think it wasn't Elvis??
Top

why did he think it wasn't Elvis??

Maybe Ernst Jorgensen had a worse audio tape source available to confirm it was Elvis indeed....

. If it wasn´t for collectors like "Juan Luis", we wouldn´t have had the chance to listen to it!

Truly grateful for his generous share on the Phoenix forum.

Yes...awesome. .
Thanks to Ernst Joergensen, Roger Semon and Erik Rasmussen for the great work. Keep the spirit alive !
Top

Just an absolutely incredible find, I'm truly speechless. It sounds rather dramatic but I genuinely am...what a find from Juan Luis - I've joined the Phoenix forum just to thank him! Thanks to you Mike for the share also.

If Ernst can have access to this tape this could be the addition material needed to release on an FTD of For LP Fans Only.

Indeed what a treat. Fantastic find.
Juan is sorely missed.
Joined this board exactly 30 years after Elvis show in Phoenix, Arizona to celebrate this wonderful fact.
Top

I recall how excited Ernst was when he heard the YouTube clip of IFTRTF, can you imagine his expression upon hearing this. Best discovery in quite a while. Thank you to all for bringing this our way!!
Top

Elvis sings "Her Hand in Mine" - its now a love song, and he absolutely nails Are You Lonesome Tonight? even in April 1959 amazing stuff - thank you so much "Juan Luis"
Top

This has to be one of THE best findings in decades!!!!

Soundboards and sh¡t are nothing compared to this!

Thank you so much, Juan Luis (and Mike for the info).
This is just incredible, I'm out of words, really...
Note: This post is for readers of the FECC forum only. Permission to copy this post elsewhere is not granted.
Top

Wow, that was totally unexpected!
Juan Luis, thanks so much for sharing these great recordings with fellow fans. Such a selfless share is spirit lifting. Can‘t thank you enough for this.
Hearing Elvis coming to grips with his later gospel and pop recordings is fantastic. I really love the partial „Like a baby“ and the unexpected snippet of „Are you sincere“ but it’s hard to single out one performance from this fly-on-the-wall jam session on some of his upcoming recordings.
Discovery of the decade!
Top

Thank you Mike and please thank Juan on my behalf.

Please go over there, this goes too for all the others who want to thank Juan Luis!


ForeverElvis on September 9th, 2018, 9:44 pm wrote:If Ernst can have access to this tape this could be the addition material needed to release on an FTD of For LP Fans Only.

A special FTD 2/3 cd release called: The Complete Germany Home Recordings, released around Christmas this year, would be cool too!

. After all 2018 will be the 60th Anniversary of Elvis arriving in Germany 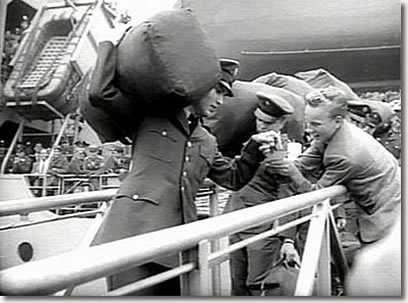 P.S: Hold on I just gave the bootleggers some ideas....

ForeverElvis on Sun Sep 09, 2018 3:44 pm wrote:If Ernst can have access to this tape this could be the addition material needed to release on an FTD of For LP Fans Only.


Sent from my iPhone using Tapatalk

I was thinking the exact same thing.
"You go to school. I'm going out to make a buck!"
Elvis as Danny Fisher

Ronald Reagan: ""If Fascism ever comes to America, it'll come in the name of Liberalism."

But this isn't a "mystery," or a "find," in that this tape has been known about for at least 20 years. Ernst Jørgensen published the titles in his landmark book Elvis Presley: A Life In Music. And he wrote specifically this about these recordings:


As of this writing only the track listing for this tape has yet been located; it is uncertain whether the tape itself is lost, but the list reveals more of the material Elvis and his friends worked on during their time in Germany.


What we can assume, though, is that the FTD did not have access to this reel of German home demo tape, or it would certainly have been included on their "classic album" edition of A Date With Elvis. But as everyone knows, there are plenty of such tapes, films, photos and memorabilia in private hands, and only money or luck can shake them out for the rest of us. In this case, it seems the latter has played a part, and anyone who cares about Elvis' most important era, the fifties, should tip their cap to it being shared on the internet.

On a side note, it is almost certain that some grey market label will have his material out on shiny within a few months, so those who don't do downloads I suppose can remain patient and hopeful. Unfortunately, on its own it will not likely receive an official retail release ever, because the quality and age of the material is not commercial enough to be green-lit by Sony. As part of an FTD collection? More likely.

Of the selections, I did some research on the most interesting of them. Below are my results, enjoy!


"Cool Water"
- a big hit in 1948 for Vaughn Monroe, and Presley might have liked Frankie Laine's 1955 single as well

Vikki Nelson with the Sounds "Like A Baby" (VIK 0273, April 13, 1957)
Nelson's debut release for VIK.
Toni Arden and the Chordettes released cover versions shortly after.

"His Hand In Mine"
- would be the 1960 title track to his first gospel LP, presumably based on the Blackwood Brothers rendition
- Elvis even tries this out as a secular love song, "Her Hand In Mine"

"Young Love"
- Sonny James had a crossover hit with this in 1957, on the country and pop charts

"Stand By Me"
- Elvis would record this for his second gospel LP in 1966
- He's likely pulling from the version by Statesmen Quartet with Hovie Lister, the song having recently appeared on this 1958 RCA LP:

Hey Mods: how about making this one a "sticky"?

This topic certainly deserves it.
Top

Return to “All Elvis”